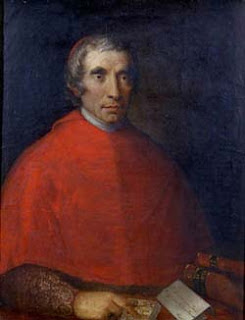 An idea for a legal service

This service would create a social portrait of the defendant (or plaintiff, for that matter) and present it to the lawyer.

Why would this service be better than a paralegal, whom the lawyer can task with doing the research? At the paralegal's rate of $100/hour, a computerized service can compete on price, and outsourcing this may be too sensitive. In addition, the service could

I remember a lawyer who found what he needed about the opposing side's defendant by discovering his profile on a Greek singles site. This was a unique achievement by that individual, but a service would make such feats dependable and reproducible. It can also collect defensible evidence in the process.

The suggested name for the service is "Watson."
Why is it OK to discuss this idea in the open? Because anyone can come up with this or a similar idea, and it is the implementation of it that would be a competitive secret. It needs to include
Art: Sidney Paget - Nothing could be better, said Holmes, illustration from 'The Stockbrokers Clerk by Arthur Conan Doyle 1859-1930, published in Strand Magazine, March 1893
Posted by Mark Kerzner at 9:58 PM No comments:

litsupport summary for the week ending on 01/10/10


Q. How to cull out junk mail?
A.
Q. Stand-alone software application that I can use to De-NIST?
A.
Q.  Potential issues with native production (1) No way to bates stamp a native file; (2) No way to lock from editing; (3) Redaction; (4) More?
A.
This summary from the Litsupport Group postings created by the wonderful and talented members of the group has been culled by Mark Kerzner and edited by Aline Bernstein.
Posted by Mark Kerzner at 10:55 AM No comments: