litsupport summary for the week ending on 10/26/08

Q. What do litigation support professionals (LSP) see as the best way(s) for vendors to do their work?
A. Not strictly a technical question, but one that inspired important discussion. Note also by the style and sometimes capitalization that LSPs have responded earnestly to the issues that bother them, thus, it represents important input from them:
This summary from the Litsupport Group postings created by the wonderful and talented members of the group has been culled by Mark Kerzner (mkerzner@top8.biz) and edited by Aline Bernstein (aline.bernstein@gmail.com).
Posted by Mark Kerzner at 9:28 AM No comments:

litsupport summary for the week ending on 10/19/08

Q. What litigation support professionals (LSP) see as the best way(s) for a vendor to make first contact and follow up?
A. Not strictly a technical question, but one that inspired discussion:

This summary from the Litsupport Group postings created by the wonderful and talented members of the group has been culled by Mark Kerzner (mkerzner@top8.biz) and edited by Aline Bernstein (aline.bernstein@gmail.com).
Posted by Mark Kerzner at 1:22 PM No comments: 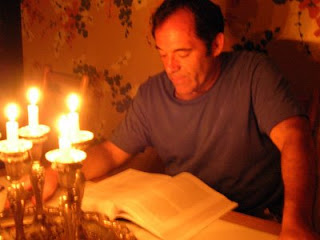 Electronic evidence presents unique authentication challenges. In this issue we review the latest book on the subject, "Foundations of Digital Evidence" by George L. Paul and add practical suggestions.

The book covers the philosophy and the history of the Law of Evidence, the Hearsay Rule, and their applicability or failures when the evidence becomes digital. It explains digital objects, treating them as an advanced form of writing, and explains when the "who, when, where, and what" of the digital evidence can be ascertained and the evidence authenticated, leading to the conclusion that in most cases the proper scientific authentication is not possible.

In contrast, as the book shows, the courts today will most likely overrule the admissibility and authenticity objections and allow into evidence the documents which may not be authentic, avoiding dealing with the complicated technical and legal issues, and letting the jury decide the matter as the question of the weight of the evidence. At this point the book gives an advice to the practitioners who understand the current state of the matter to use it for the clients' benefit.

Having ascertained the less than perfect state of the law, the book suggests the changes in the Law of Evidence which would properly reflect the nature of digital evidence. It explains why the digital evidence is, after all, hearsay, but suggests that it should be allowed into evidence not as a business record exception, but as a new "Systems Reliability" exception. The book thus calls for changes in a number of areas. The judges should require more substantive evidence authentication, going beyond trivial showings. The law should be changed to reflect the nature of digital evidence. And the world of business should build the authentication of "who, when, where, and what" into the documents it produces.

The last chapters of the book, written by experts in respective areas, cover islands of already existing more stringent "eunomic", that is, "ordered" world. This includes the robust authentication mechanism built into PDF, the capabilities of public/private encryption systems, the specialized eunomia created by a group of mortgage players, the electronic notarization, the arguably better treatment of digital evidence in the five nations of the word (Argentina, France, Germany, Japan, and Russian Federation), and the role of the Vendor in Handling digital evidence.

As Magistrate Judge Facciola writes in the preface to the book, the book and its author are revolutionary, suggesting the new rules of evidence based not on tradition but on how digital information actually comes into creation. While only time will tell if Paul will prevail against the powerful forces arrayed against his approach, in the meanwhile the book serves as remarkable, albeit demanding, intellectual exercise. It makes a most compelling case of the need for the understanding of how computers work and for awareness of the reality that digital information, far from being inherently reliable, can be manipulated, corrupted, and misused.

The book is thus useful both as guidance for the many forces involved in forming the law, as well as providing the background and the specific legal and technical armory for the practitioners of today.

The author, Mr. George L. Paul, was kind enough to find time, amid his busy schedule of a trial lawyer, to read the review and verify that it does not contain obvious inaccuracies.

This review was written in the lull following hurricane Ike, which left Houston with no power, by the candle light. The quiet and the absence of interruptions allowed for a pleasurable study.

As the book convincingly shows, today's courts are more likely than not to admit unreliable evidence, simply because it was published by the computer. The authentication requirements are reduced to trivial showing, so that once a witness testifies that the document is authentic, this testimony is accepted, without requiring that the witnessed be indeed thoroughly familiar with the document in question. The objections that the document lacks proper authentication, may be forged and thus may not be what it purports to be are often overruled. In a recent case printouts of emails from hotmail were admitted into evidence, until a forensics examiner proved that they were fabricated. What is a law practitioner to do in this situation?

As George Paul shows in the chapter entitled "A Day in the Life of the Printed Electronic Document," smart sleuthing can find the forgery. Individual analysis of every detail can be very time-consuming.

However, what if there is no forgery? What if the document could easily been changed, in fact has been changed, and then printed? How can one challenge its authenticity? Just stating that it could have been changed is often not enough. Computer technology is complex, and "could have been" is not convincing in the face of the lack of understanding.

A more convincing way is to demonstrate in front of the court and the jury, how easy it is to forge a document in question. Our previous letter shows how anybody with a limited knowledge of web site authoring can completely change the story on a web site in a minute, then print the new site content looking as polished as the old one. Therefore, the challenge plan involves two steps: (1) find a way to forge the specific digital evidence, (2) rehearse and show an elegant presentation which will convince any layman that he could have forged this evidence with apparent ease. This will lead to the conclusion that the document is either inadmissible, or unauthenticated, or that the evidence it provides carries little weight.


Note: Legal information is not legal advice. Top8 provides information pertaining to business, compliance, and litigation trends and issues for educational and planning purposes. Top8 and its consultants do not provide legal advice. Readers should consult with competent legal counsel.

The author is also thankful to his colleagues at the litsupport discussion group, whose discussions provide him with much inspiration and knowledge.
Posted by Mark Kerzner at 9:41 AM No comments:

litsupport summary for the week ending on 10/12/08

Q. What are the pros and cons of producing emails in MSG format (continued)?
A.
Pro: MSG files are what you want and as a requesting party what you should request. This type of file coupled with a product that will automatically pick up the metadata and allow you to use it to search and review and find stuff along with free text search will save tons of time and money. This is not the case with TIF's of emails;

Con: With regards to delivery of single-page tiffs, that is common place when using a document review tool such as Summation or Concordance. Particular information, including begdoc, enddoc, begattach, endattach is delivered along with the images to allow the lawyers to know the document boundaries and family groupings. A benefit to having an image file is to allow redactions as well. You can't redact a native file in general.

Synthesis: convert native files to tiff, extract the text and metadata and then load the TIFF, native file, metadata and extracted text giving the attorneys everything they might need in one place - thus have the best of both worlds.

Q. Are attorneys entitled to take their work-product when they leave the firm?
A. The answer was summarized by the author of the question, and thus required little editing work. However, it was too valuable to be left out for this reason.

Observations from in-house counsel and staff assert that as a matter of corporate policy attorneys' work-product belongs to the company. Consequently, corporate counsels' offices do not provide departing attorneys copies of the attorneys e-mails and other documents, not even those which relate to personal business or even benefits.

By contrast, observations from private law firms' attorneys and staff take the opposite position: firms normally deliver to departing attorneys "their" work-product and other documents. Naturally, if the client to whom the documents relate request the documents, then the firm must tender the documents. Yet, to protect their own interests as "firm of record," some firms withhold the documents—or at least retain copies of them--until a formal Withdrawal and Substitution order is approved. Yet even absent that client request, in many jurisdictions the work-product belongs to the attorney, not the firm. All this seems to be addressed state-by-state.

As always, interesting complications were identified. Please see the original post for details.

This summary from the Litsupport Group postings created by the wonderful and talented members of the group has been culled by Mark Kerzner (mkerzner@top8.biz) and edited by Aline Bernstein (aline.bernstein@gmail.com).
Posted by Mark Kerzner at 9:54 PM No comments:

Work of a PI

Steven Rambam is a PI who talks about his work.
Posted by Mark Kerzner at 9:52 PM No comments:

litsupport summary for the week ending on 10/05/08

Q. What are the pros and cons and other considerations of native production in the MSG format?
A. Considerations:
Pros of MSG (or EML) v. TIF:

Cons
This summary from the Litsupport Group postings created by the wonderful and talented members of the group has been culled by Mark Kerzner (mkerzner@top8.biz) and edited by Aline Bernstein (aline.bernstein@gmail.com).
Posted by Mark Kerzner at 8:14 PM No comments:

litsupport summary for the week ending on 9/28/08

Q. In addition to Kroll, Fios Webcasts and Estrin Legal, what EDD training is there for beginners?
A. Start with http://www.AIIM.org for $150, then continue with their webinars for free; State Bar Associations have EDD webinars; LITWORKS will teach about Concordance, Summation, repositories, processing workflow, real case best practices; Randall Consulting; Jason Park of the MD5 Group.

Q. How to convert a PDF to Word?
A. PDF Converter by Nuance; OmniPage Pro; FineReader; ScanToOffice; Abbyy; full version of Adobe; pdfDocs for a server-based solution; DocsCorp; perhaps editing a pdf will do: tools, advanced editing, touch up text, then highlight document changes.

Q. How to scrub out all metadata, comments, etc. from a PDF file?
A.
This summary from the Litsupport Group postings created by the wonderful and talented members of the group has been culled by Mark Kerzner (mkerzner@top8.biz) and edited by Aline Bernstein (aline.bernstein@gmail.com).
Posted by Mark Kerzner at 8:27 PM No comments: